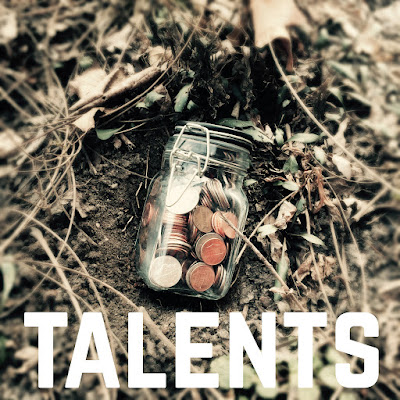 In the beginning...God created man in His own image, in the image of God He created him; male and female He created them. God blessed them; and God said to them, “Be fruitful and multiply, and fill the earth, and subdue it; rule over the fish of the sea and over the birds of the sky and over every living thing that moves on the earth.

The LORD God formed man of the dust from the ground, and breathed into his nostrils the breath of life; and man became a living being. The LORD God planted a garden toward the east, in Eden; and there He placed the man whom He had formed...The LORD God took the man and put him into the garden of Eden to cultivate it and keep it.

Man is the only creature that gets life breathed into it. And in this verse, man is given a job – to work in and guard the garden. We come to see that mankind has a very special relationship with the Creator. They walk together and talk together. They share this special garden. Man gets to name other parts of the creation. God does not relate to the oceans or cattle or mountains the same way He relates to mankind.

When I consider Your heavens, the work of Your fingers, the moon and the stars which You have ordained; what is man that You take thought of him, and the son of man that You care for him? Yet You have made him a little lower than God, and You crown him with glory and majesty! You make him to rule over the works of Your hands; You have put all things under his feet, all sheep and oxen, and also the beasts of the field, the birds of the heavens and the fish of the sea, whatever passes through the paths of the seas.

King David is rightfully astounded at this realization. This is from Psalm 8, a psalm that follows 7 other psalms that wrestle with the idea of God rewarding righteous men and punishing evil men, and how that doesn't always seem apparent. How can this prized creation be both wicked and righteous? How can God allow for such inconsistent and destructive behavior?

Not only that, but we are told that mankind – this wonderful unique creation – is so important that God clothed Himself as one. He gave up His glorious throne and humbled Himself, to walk in flesh and blood, experience pain, loss, discomfort, and rejection, only to be ultimately abandoned, tortured, and killed – for man. For man who hated Him. So that we could come to know Him fully, truly, as we did in the beginning, when we shared a wonderful garden together.

One day, Jesus, this God-as-man, tells a strange story. It is popularly known as the “Parable of the Talents.”
The Kingdom of Heaven can be illustrated by the story of a man going on a trip. He called together his servants and gave them money to invest for him while he was gone. He gave five bags of gold to one, two bags of gold to another, and one bag of gold to the last – dividing it in proportion to their abilities – and then left on his trip. The servant who received the five bags of gold began immediately to invest the money and soon doubled it. The servant with two bags of gold also went right to work and doubled the money. But the servant who received the one bag of gold dug a hole in the ground and hid the master's money for safekeeping.

Jesus goes on to describe the master's return and how he responds to the servants. The servant with one bag of gold says, “Sir, I know you are a hard man, harvesting crops you didn't plant and gathering crops you didn't cultivate. I was afraid I would lose your money, so I hid it in the earth and here it is.” Funny that he uses cultivation, mankind's job, to accuse his master of taking things that weren't his, while defending himself of neglecting to cultivate the master's riches that were given to him. I don't think burying the money in the ground like a seed was going to achieve the growth the master was looking for.

Rightfully so, the master turns the insult back around on the lazy servant and then says, “To those who use well what they are given, even more will be given, and they will have an abundance. But from those who are unfaithful, even what little they have will be taken away.” And the servant is thrown out into the darkness.

God created mankind in a unique way. We were made to resemble our maker, and filled with His breath; Jesus made the way for us to be filled with His very Spirit. We were commanded to rule over this world and the creatures in it. We are to use well what we are given. We are capable of remarkable acts of wickedness and breathtaking acts of righteousness. Mankind has immense power, authority, and responsibility given to them by their Creator. We have the ability to crumble mountains, to wage wars, to create ghettos, to cheat workers, to destroy millions of lives. We have the ability to save lives, to invent medicines, to care for the poor, to comfort the hurting, to build homes. We can create desolation, or go and repair desolation. We can cultivate the garden, or we can poison it and burn it down. We can use well what we've been given, or we can bury it in the dirt and neglect our God-given ability to increase the Master's riches.

Very truly I tell you, whoever believes in Me will do the works I have been doing, and they will do even greater things than these, because I am going to the Father.
Posted by Jason at 11:47 AM No comments: