We are all so excited about this year's Hyde Park Festival. It's so crazy that we first got involved by simply serving 3 years ago, and now this year we are organizing and sponsoring the Festival.  We've been planning since last year, and have been trying to get as many people on board as possible. We've got some great stuff lined up for the festival, including free kids' games, great music, door prizes, excellent food, and other fun stuff. The festival will be Saturday, September 8, 10am-8pm in Hyde Park, which is just 2 blocks off I-70 at the Salisbury exit. You can also check out the Hyde Park Festival website.  Here's a rundown of what to expect this year.

Cumberland Gap Band
Performing at 10:30AM
Since the beginning Cumberland Gap has stayed true to its roots. Their acoustic renditions of classic folk, blues, and bluegrass along with their inspired list of original songs have gained a steadily growing enthusiastic audience. They were named as the best bluegrass band in St. Louis by the Riverfront Times in 2004 and again in 2009. The St. Louis Post-Dispatch named Cumberland Gap one of the "17 local bands you ought to know about" and had this to say about their live shows: "With their three-part harmonies soaring over strong, inspired string work, Cumberland Gap captures the soulful, upbeat side of American folk and bluegrass."

Reformation Sound
Performing at 1:00PM
This is our band. Made entirely of Sun Ministries missionaries, who are also all residents of Hyde Park. Features an interesting blend of guitar, banjo, hand drums, bass, dulcimer, and many voices. We write music to testify to what God is doing. Our sound is somewhere in the mix of folk, indie, rock, with occasionally a bit of blues.

Andre Williams
http://www.dre-dre.com/
Performing mid afternoon
Excellent jazz, soul, gospel, etc. Remarkable musicians, and great friends of us here at Sun Ministries. Andre can shred with the best of them, and has a fantastic falsetto.

Commission Heirs
Performing mid afternoon
These guys are committed to using the gift that God gave them. They refer to it as "flip-hop", because they used to use it for the things of the world, but now they've turned it around and are preaching the gospel through rap. They are not full-time performers, as they are balancing their music in the midst of lives spent following God. 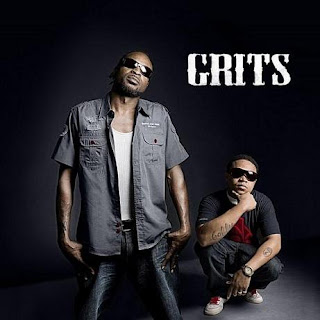 GRITS
Performing at 6:00PM
A personal favorite of many of us at Sun Ministries. Fantastic hip-hop duo from Nashville, recording since 1995. They've won several Dove awards, have songs on many soundtracks, and have toured extensively. 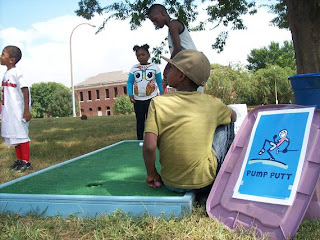 Last year, Jake's on Main in St. Charles, MO lent us the games used for the Life is Good festival. They're letting us use them again this year. The games are free, and we've got some great prizes.

Historic Walking Tour
Hyde Park is a registered historic district.  There is fantastic brickwork and architecture.  Most of the buildings are over 100 years old.  And we have some notable places, such as Most Holy Trinity Catholic Church, two stand-pipe water towers, a stop on the undergroung railroad, historic public school and library, old barracks, and of course, the Bremen Theater. 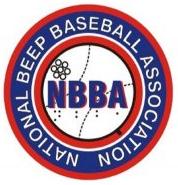 A version of baseball for the blind and visually impaired. The bases buzz and the ball beeps. There are some rule differences, which the website explains. They will be doing a demonstration. Sighted people are welcome to participate, but they have to wear a blindfold. 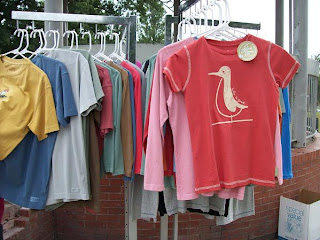 We will be raffling off several attendance prizes at the festival, all FOR FREE!
Here is a sampling of the prizes
St. Louis Police and Fire Department 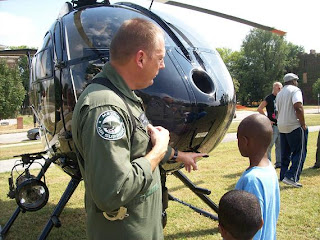 The police will be bringing out the helicopter and swat vehicle. The fire department will have a hook and ladder. While you're at the festival, be sure to check out the historic firehouse at the corner of the park. 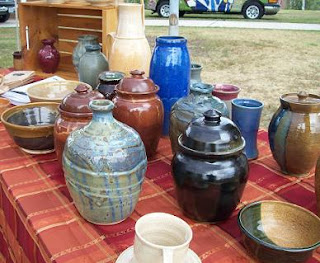 Tim and Christy Sawyer have been making pottery for years.  They make a wide variety, from historic recreations to modern, artistic pieces.  Not only will they be selling their wares, but they will have a portable turning wheel and will be teaching kids, and whoever else is adventurous enough, some pottery basics.  And the kids get to take home their creations!